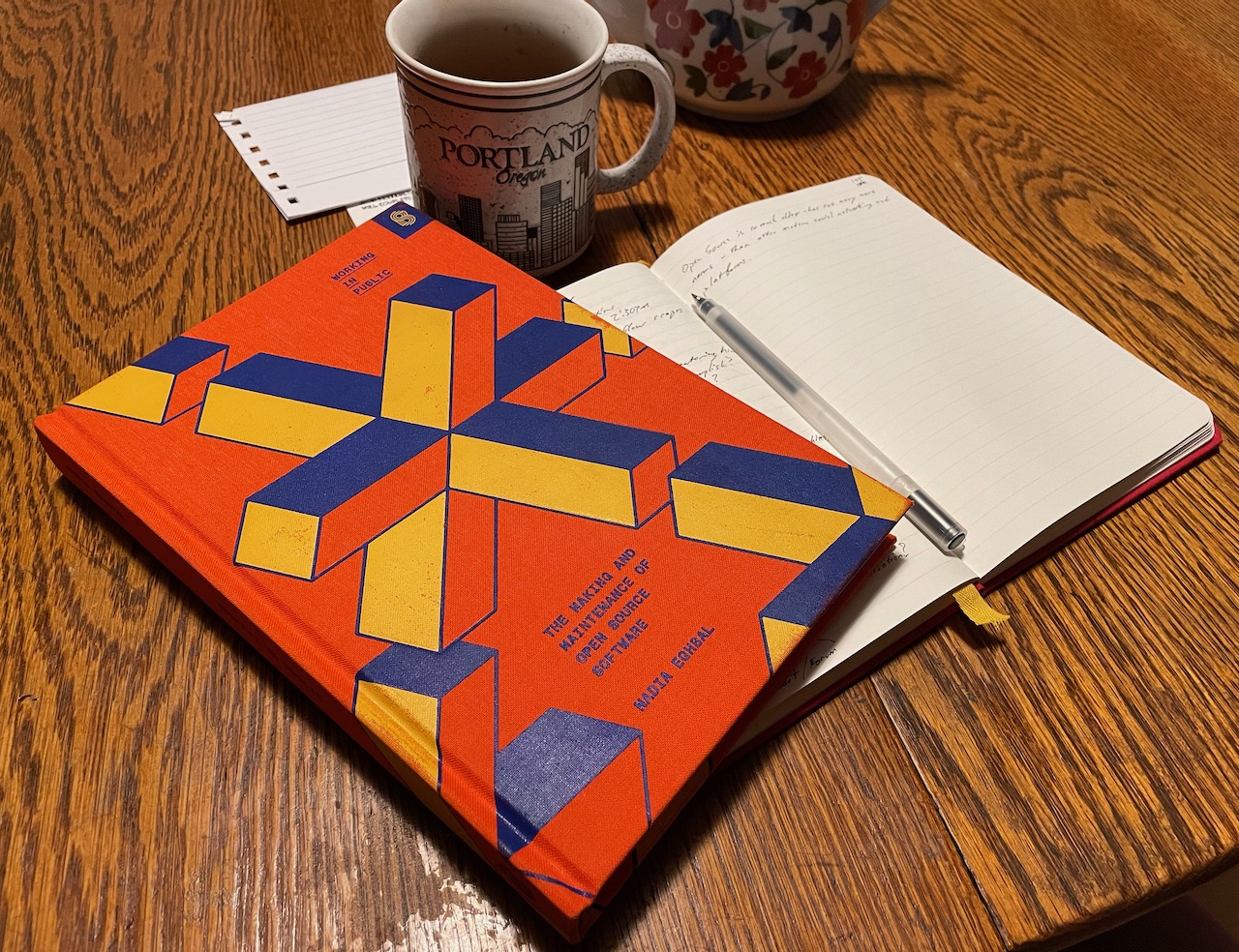 After Reading: Working in Public

I’ve been a distant fan of Nadia Eghbal for years, following her wonderful notes and speaking. When she released her first book this summer, I eagerly pre-ordered a copy (and with beautiful printing from Stripe Press no less!)

I initially thought the book would be more of a summary of my own lived experience - an overview of the open source development landscape. I’ve been consuming and contributing to open source since before I was ever paid to write software. And a good portion of the book is just there to explain open source mechanics to non-developers.

But, excitingly, there was also a substantial amount related to categorization of that lived experience - putting names and borders to the groups I had seen form over the last dozen years of open source project growth. If you’re involved in open source work and want to gain a clearer lens on things, it will be useful.

I was most interested in her sections on the current and future patterns of making money in open source. If you’ve been paying attention elsewhere, I don’t think anything in these sections will be new to you or will provide a definitive answer on how you can best monetize work, but they’re thought provoking.

Some thoughts that I wrote down while reading:

Open source developers are chronically undervalued because, unlike other creators, they’re tied to a platform that doesn’t enable them to realize the value of their work.

Is [this person] “doing open source” or “doing code stuff in public”?